We went to see Santa as he arrived in our little town. Honestly, we did not expect to see him that early, but he arrived nevertheless. Mrs. Claus arrived even earlier. We saw her as she was reading a Christmas story on a pedestal surrounded by kids. 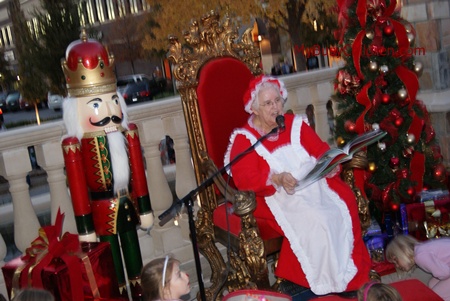 Masha and Svetlana came very close to her but did not have the patience to listen to the story. 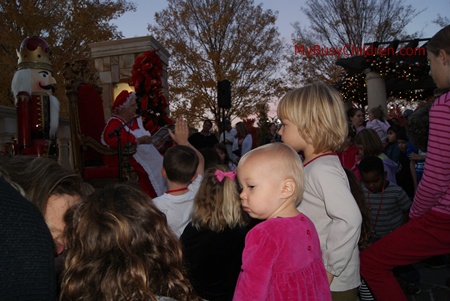 With Santa Clause we had less luck. We glanced at Santa in his carriage. 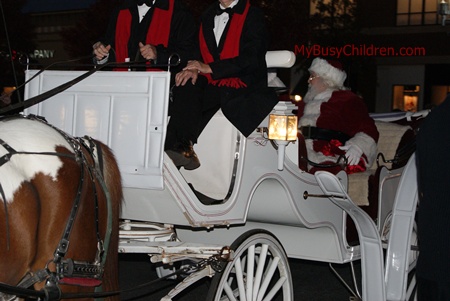 During the tree lightning, he was behind a big crowd. Or maybe we were behind a big crowd? Either way, we could barely see him even though I was holding Masha above my head. Svetlana was rummaging through my purse on the ground, if you are wondering. 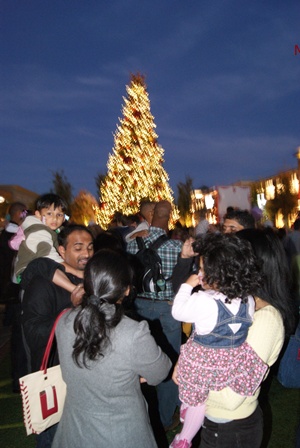 Masha loved the marching band. She ran after these guys until they disappeared in the building. 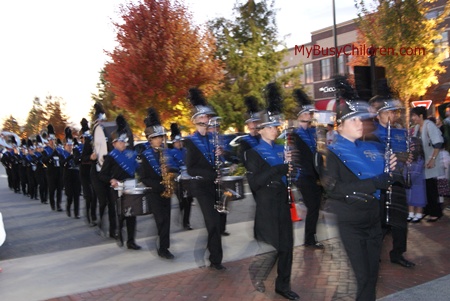 How cool is the candy cane? 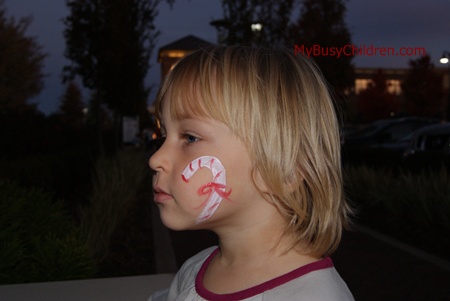 The face paining lady did this in exactly 25 seconds! 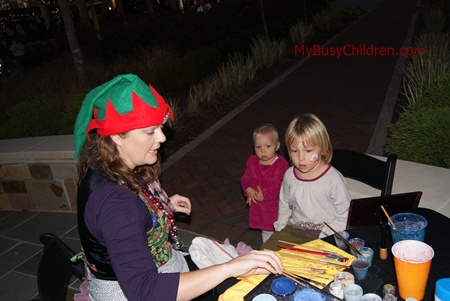 And the final picture is with the Reindeer. 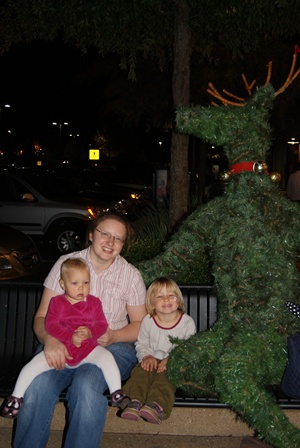 Someday soon we will go to see Santa again.