Last day of pool (and water slide) this season

Summer is officially over. The pool is closed.

The sad part is that Masha just started swimming on her own (still supported by a Speedo vest though). She will probably lose her skills by next season. I have been thinking about taking her to swim classes, but it is fairly expensive (20 dollars per hour). Plus, swim schools don’t have wireless internet. And most of the time, she will spend on the bench waiting for her turn to swim, anyway.

So pool season is pretty much over for us.

The good news is that I don’t have to worry anymore about
- sunburns
- safety of sunscreen
- Svetlana swallowing chlorine water.
I don’t understand why ionization is not used widely to treat pools. It is so much better than chlorine and other chemicals.

And here are our pictures from the “last day of the pool season”: 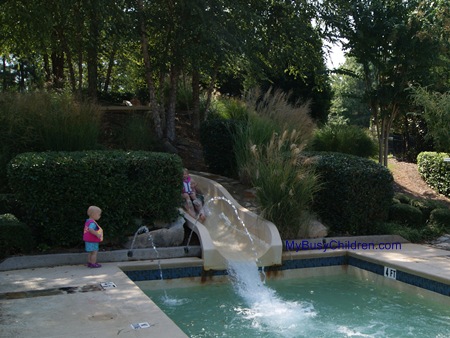 Water slide (Masha on the slide, Svetlana next to it) 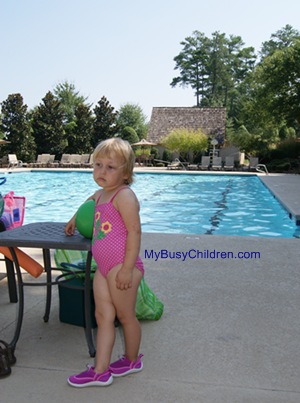 Masha at the pool 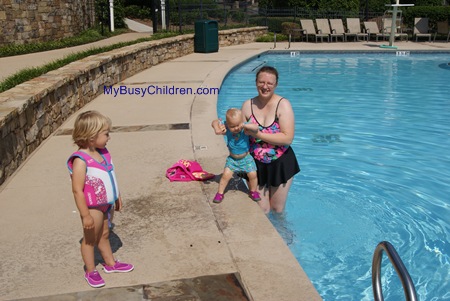 Svetlana fighting me at the pool