We decided to attend a Disney Rehearsal Dress party. The party took place in the back of the store. I would recommend to place an announcement in front of the store next year since we did not find it easily.

Most of the kids wore Disney costumes. If the costumes were not Disney characters, they were still happy fairy-tale themed costumes, no scary typical Halloween dress-ups.

Masha was extremely shy. She watched kids dancing but did not join in the fun. With overwhelming support from the party organizers, other kids, and parents, she agreed to play the treasure game. Lana did not even consider getting on the floor and stayed in my arms the whole time.

They both enjoyed getting their party gifts from the Disney store (which were a sheet of stickers and a small frisbee). 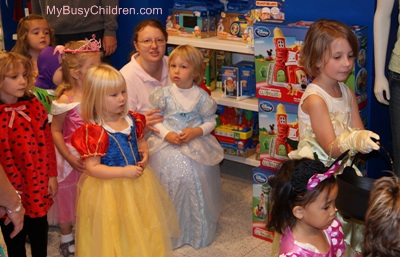 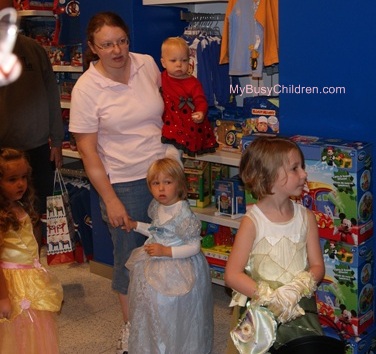 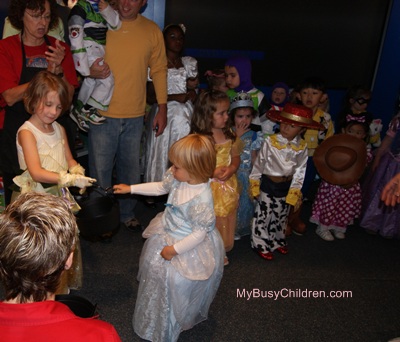 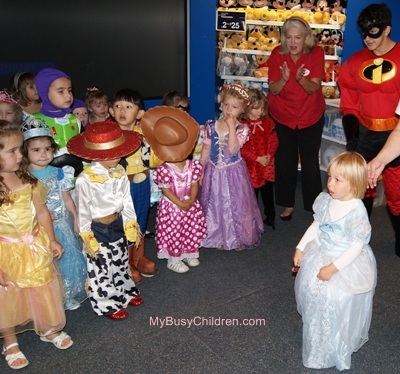 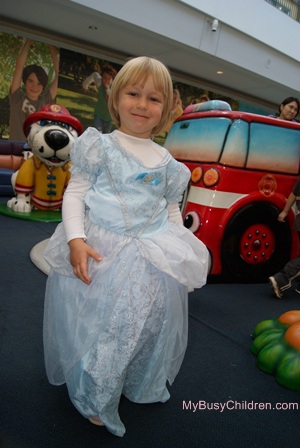